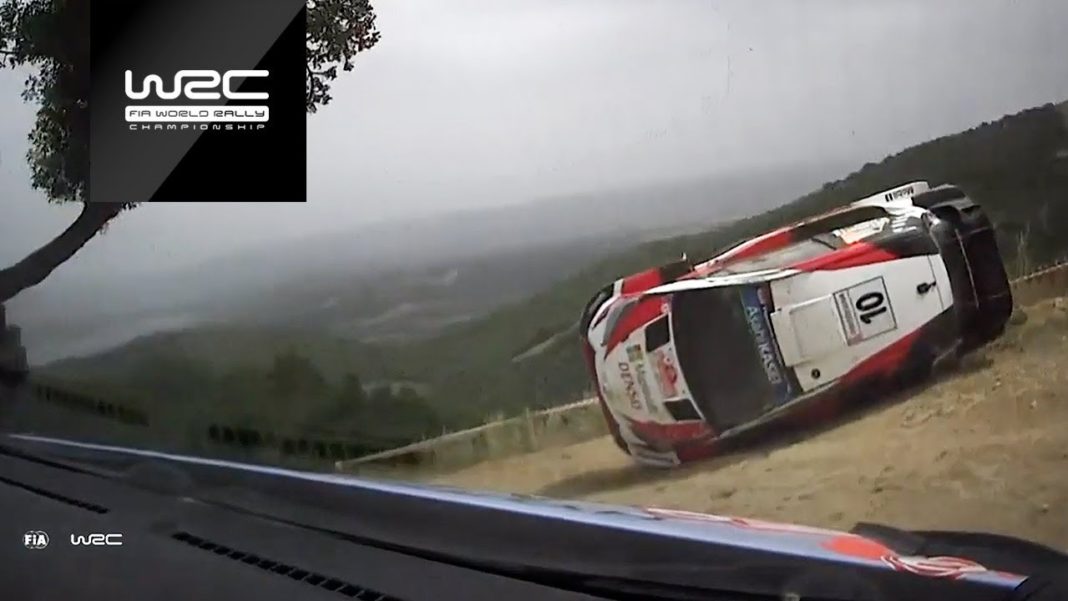 The technology that goes into Rally Racing is a far cry from a few dials and switches. From the helmet headsets to the dashboard computers, the drivers are able to communicate, know exactly where they are on the course, and have a readout of all the critical systems in the vehicle. If a repair is needed, computers will tell the driver and co-driver what has happened and what needs to be fixed. Many fixes need to be done on the course and need to be done as quick as possible in order to reduce the amount of time lost and salvage a race. Of course, some on-course repairs don’t need the technology, and just need some brute force such as what happened with Latvala’s Toyota Yaris at the Rally Italia Sardegna in 2019.

It was hot and many teams and spectators were suffering from the heat. When asked whether it was going to affect Latvala’s Toyota Yaris Team, he said that they all worked on their fitness and did not expect it to be a problem. And just to ensure no problems arise, they have a trick up their sleeve…literally! He explains:

“This is something OMP, the company making our racesuits, came up with a while ago. We have a menthol spray which we use on the flameproof underwear.

“It sounds strange, but when you start to get really hot and you start to sweat then the menthol works and makes you cooler. It’s really good.”

Latvala was confident they had made the right preparations. He thought they could definitely drive for the victory, especially with their starting position.

“I knew it was going to be a hard morning. I took five hard tyres and it was the correct choice. It’s tricky when you have a road position that allows you to push. You can wear the tyres, so you have to find a balance between pushing and saving them,” said Latvala.

With all the preparations for the heat and the race and with the advantageous starting position, Latvala was set to push the team to victory. They were leading Friday morning, but as they day went on, Latvala made a crucial mistake! Coming up on a slow hair pin off a downhill slope, Latvala cut the corner, toppling the Toyota Yaris over the roof and coming down on the left side of the vehicle.

At the slow speed, the car was only bruised up. Without many spectators there to help, he had to do most of the work to push the Yaris back onto it’s wheels. By that time he had lost almost eight minutes.

To continue the race, they had to kick out the broken windshield and drive with their faces pushing into the wind. Their goggles allowed them to see through the wind and dust, but by this time, they had lost so much time. They did make up some points but had a steering failure that caused them to drive off the course and couldn’t finish. After being fixed, they were allowed to continue Saturday and Sunday under the Rally 2 rule.

Ultimately the preparation and advantage may have led to a little overconfidence on Latvala’s part. With the huge mistake cutting the hair pin turn, he just wasn’t able to recover from that much lost time. The result was a disappointing #19 finish overall.